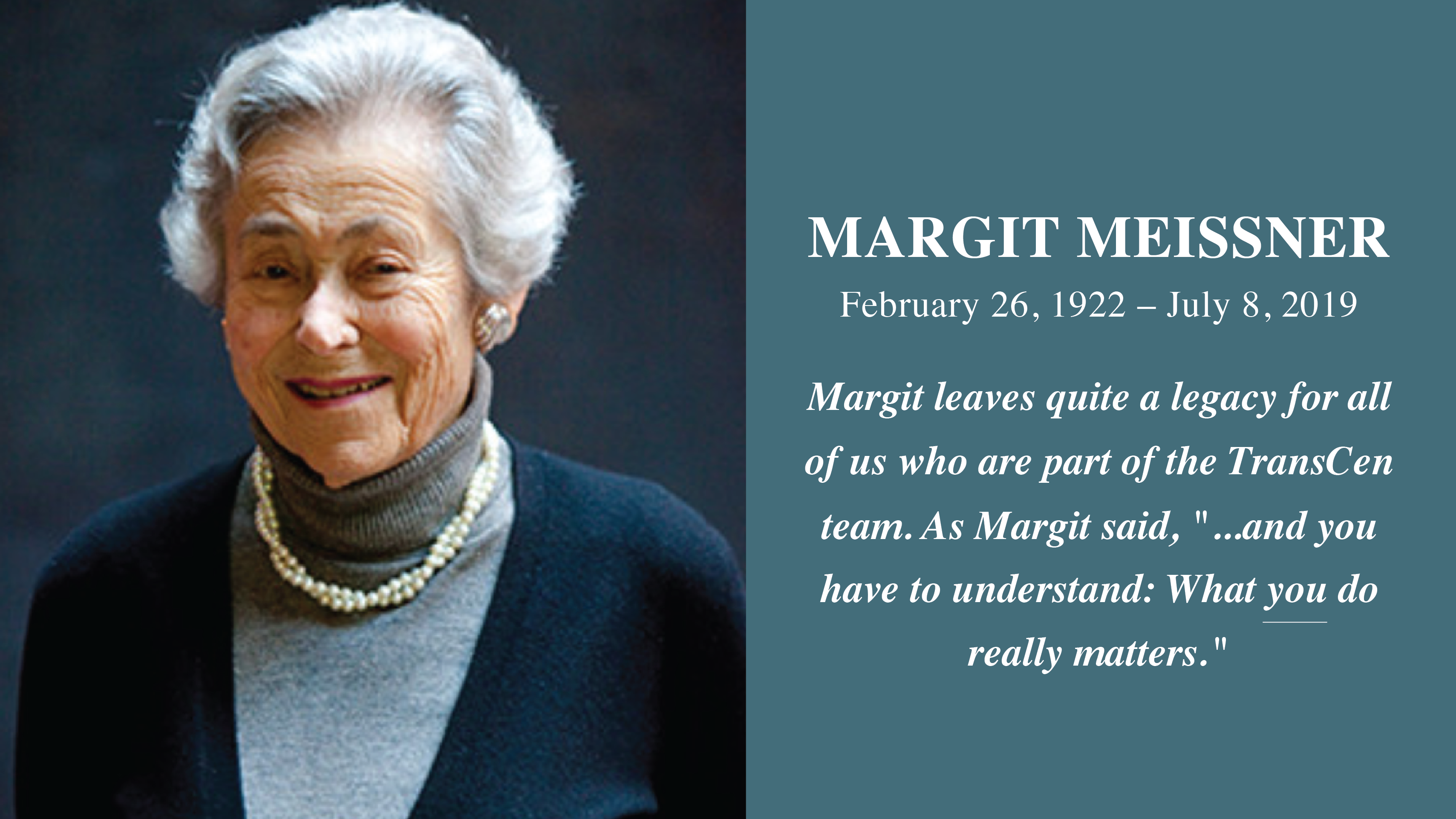 “And you have to understand: What you do really matters”

Born in Austria and raised in Prague, Margit fled to France when the Nazis annexed Czechoslovakia. After a hair-raising escape from the Nazis, she came penniless to the United States. She eventually settled in the Washington D.C. suburbs where she worked for 20 years for the Montgomery County Public School (MCPS) system. When she retired, she was saluted as an outstanding advocate for children with disabilities. She founded a countywide program that coordinates PTA Special Needs Committees throughout MCPS and provides support for parents of children with disabilities. As an MCPS employee, Margit shed light on equal opportunity for students with disabilities. She introduced programs for gifted students with learning disabilities and cleared obstacles to the first MCPS curricula for students with autism. As MCPS transition coordinator, she developed a model that continues to provide support to special education students as they prepare for life after graduation. Upon her retirement from MCPS in 1992, she worked with the school system to implement compliance activities associated with the Americans with Disabilities Act. In this role, she produced an award-winning public service video designed to reduce the stigmatization of persons with disabilities. Many organizations have saluted Margit as an outstanding advocate for children with disabilities and the including the Maryland Governor’s Committee on Employment of People with Disabilities, the Maryland Arc. In 2003, MCPS presented her with a Distinguished Service Award and named her as “Pioneer Individual” for significantly impacting the successes of special education curricula in the county.

Margit lived an exceptional life. She decided—at the age of 80—that it was time to write a book, Margit’s Story, about her experience as a Holocaust survivor. In the 12 years since the publication of her autobiography, she shared her story with many visitors to the U.S. Holocaust Memorial Museum, where she volunteered as a guide and was an original museum donor.

More on Margit’s life and experiences can be found in the links provided below. We encourage you to check them out and share them with others. As the United States Holocaust Memorial Museum posted on their Facebook page, “Remember Margit by sharing her story and listening to her advice about standing up, taking risks, and being curious.”

“When people see injustice or prejudice or scapegoating or bullying, they have to intervene…They can’t say it doesn’t matter. One has to make an effort to create a better world since I am not going to be around forever.”