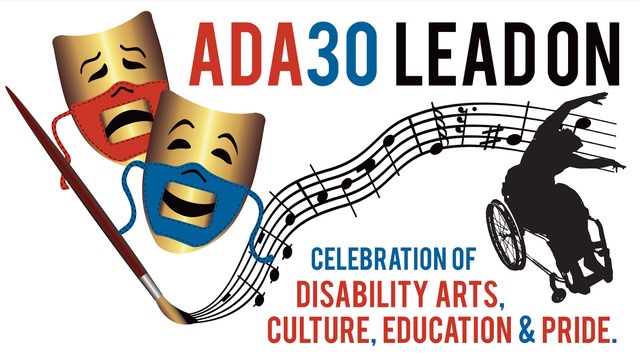 TransCen and our project the Mid-Atlantic ADA Center was a proud sponsor for: ADA30 Lead On, which was established for the 30th Anniversary of the Americans with Disabilities Act.

Lead On’s goal is to continue to bring recognition to the history, impact and purpose of the ADA through a celebration of diverse disabled artists, innovators and advocates and their allies.

At this time in our nation’s collective conscience, we are asked to confront the harsh realities that are residual echoes of the American ”dream.” As in every social justice movement in this nation, the Disability Rights Movement was born out of the unfulfilled parts of America’s potential and its unrealized and inaccessible dream. Whether it be for suffragists, Freedom Riders, Stonewall rioters, Feminists, each arose as response and appeal to the nation – “Do better. BE better.” However, even in those movements, the roles of ableism and racism were and are quite prevalent. That simple truth is what makes this ADA 30 celebration even more significant.

For more information about Lead On.